A former Yale University School of Medicine administrator has admitted to stealing $40 million worth of computers and electronic equipment from the institution, which she then sold to fund her lavish lifestyle, including on multiple homes, a fleet of luxury cars, and international vacations.

She could face up to 23 years in prison when she is sentenced for her crimes on June 29, the US Attorney’s Office for the District of Connecticut said in a statement.

According to court documents and statements, beginning in 2008, Petrone-Codrington worked at the Yale University School of Medicine’s Department of Emergency Medicine. She most recently served as the director of finance and administration.

Jamie Petrone-Codrington, 42, a Yale University School of Medicine employee, has pleaded guilty to wire fraud and tax charges for stealing $40 million worth of computers, which she then sold to fund her lavish lifestyle. She is pictured with her husband in Italy in 2021 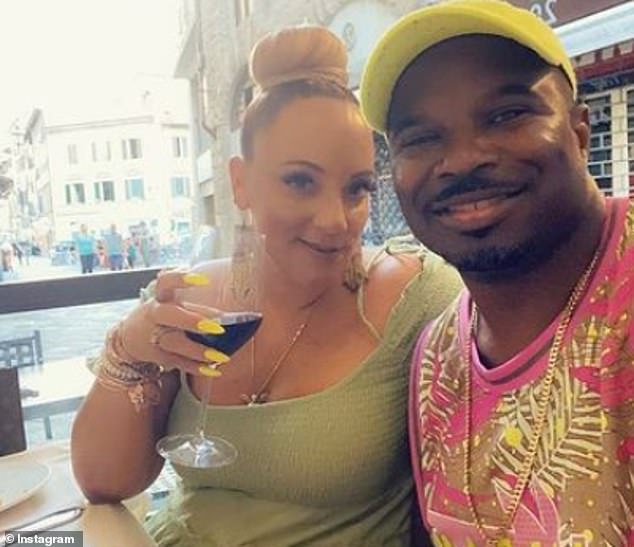 Court documents allege that over the course of eight years, Petrone-Codrington used money stolen from the school to buy homes, cars and trips. She is pictured during her trip to Florence in July of 2021 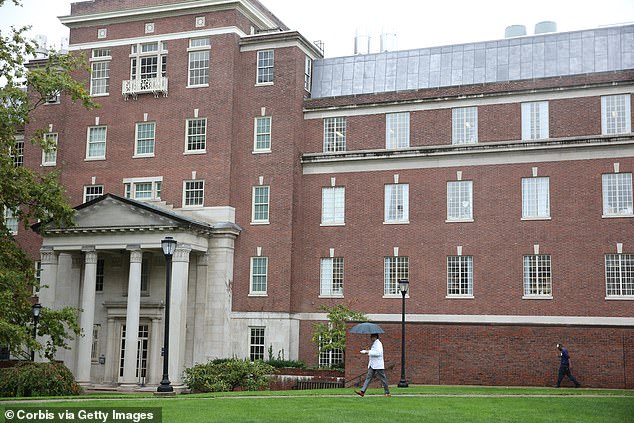 Until her arrest last year, Petrone-Codrington worked as director of finance and administrator at Yale University School of Medicine’s Department of Emergency Medicine

As part of her job, Petrone-Codrington was authorized to make purchases for her department below $10,000.

Beginning in 2013, Petrone-Codrington ordered, or had her staffers order, millions of dollars in of electronics, including Microsoft Surface Pro tablets and iPads, from Yale vendors using the school’s funds and arranged to ship the goods to an out-of-state business in exchange for money, which she then pocketed, according to documents.

As part of the scheme, Petrone-Codrington falsely represented on Yale internal forms and in emails that the equipment was for Yale Med needs, such as medical studies.

To cover up her crimes, Petrone-Codrington broke up the fraudulent purchases into orders below the $10,000 threshold that would require additional approval.

The out-of-state business, which resold the electronic equipment to customers, paid Petrone-Codrington by wiring funds into an account for Maziv Entertainment, a photography and video production company co-owned by her husband, in which she is listed as a principal. 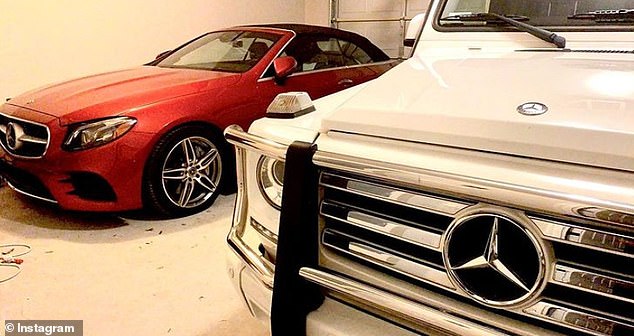 Petrone-Codrington used some of the $40million to buy a fleet of luxury vehicles, including a a 2014 white Mercedes-Benz G550 (right) and  a 2020 red Mercedes Benz (left) 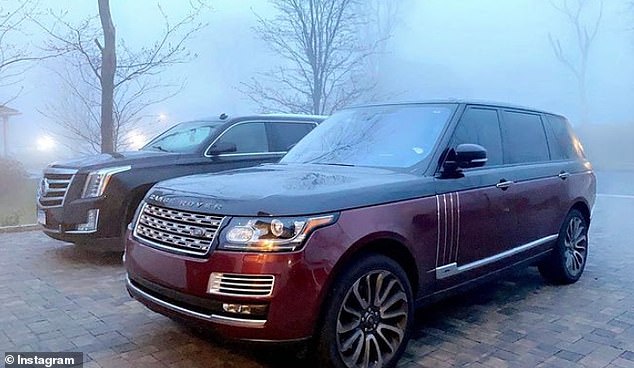 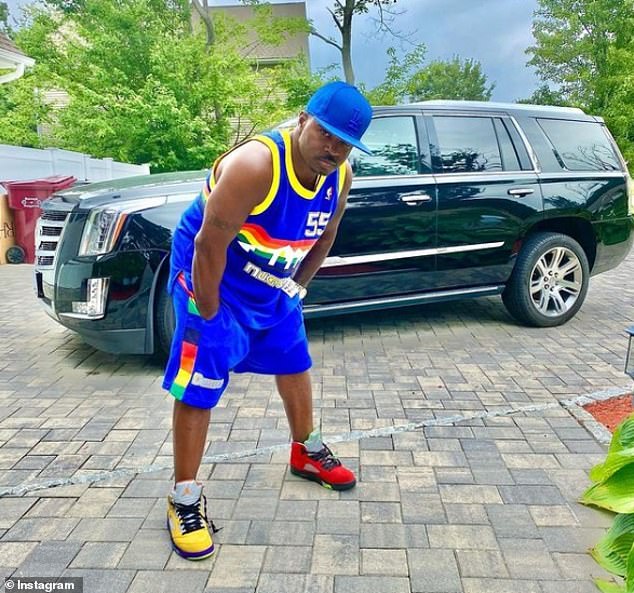 Petrone-Codrington’s husband, Jamyes Codrington, who has not been charged, showed off their vehicles on an Instagram page associated with their business 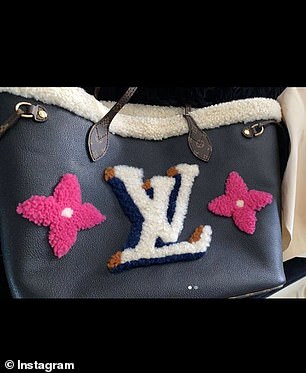 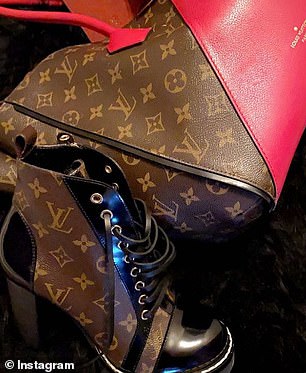 The Instagram page also features other high-end purchases, like this $5,000 Louis Vuitton bag  (left) and a pair of ankle boots with a $1,500 price tag (right)

‘In total, Petrone caused a loss of approximately $40,504,200 to Yale,’ the US Attorney’s Office stated. ‘Petrone used the proceeds of the sales of the stolen equipment for various personal expenses, including expensive cars, real estate and travel.’ 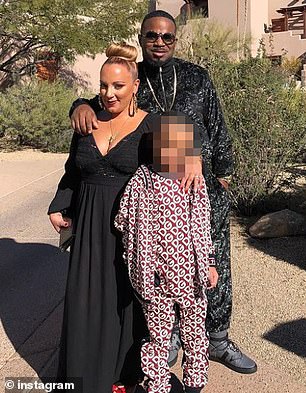 Court documents state that Petrone-Codrington ordered, or had her staffers order, millions of dollars in of electronics, which she then sold to an out-of-state company for profit

Specifically, according to court records, Petrone-Codrington used some of her misbegotten funds to purchase three homes in Connecticut and one in Georgia, a 2014 white Mercedes-Benz G550, a 2017 red Land Rover Sv Autobiography, a 2015 black Cadillac Escalade Premium, a 2020 red Mercedes Benz, a 2016 white Cadillac Escalade and a 2018 Dodge Charger.

Petrone-Codrington’s husband of nearly 19 years, Jameys Codrington, displayed the family’s impressive collection of cars on his business’ Instagram page, which also features photos of the couple enjoying dinner at Gucci Garden in Florence, Italy, in July 2021.

Jameys Codrington, 44, has not been charged in connection with his wife’s scheme.

Petrone-Codrington also failed to pay taxes on the tens of millions of dollars she received from selling the stolen equipment. 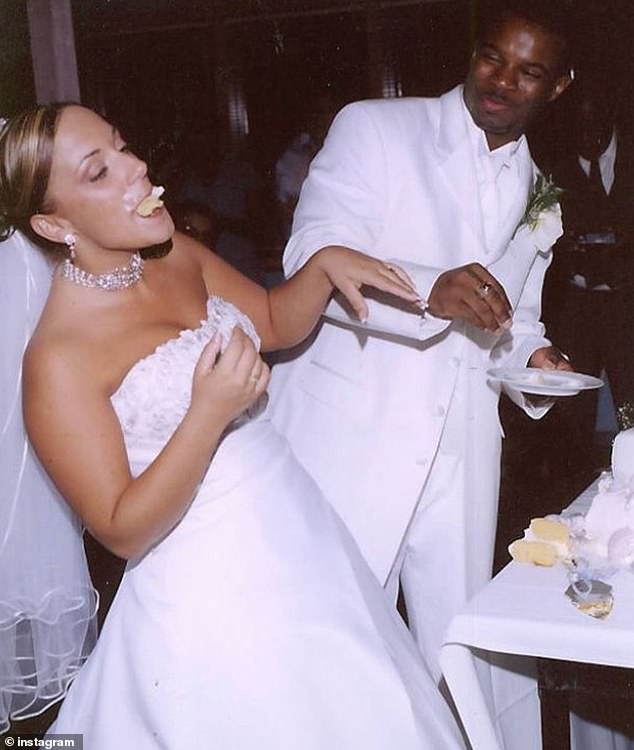 Jamie and Jamyes, pictured on their wedding day, have been married for nearly 19 years 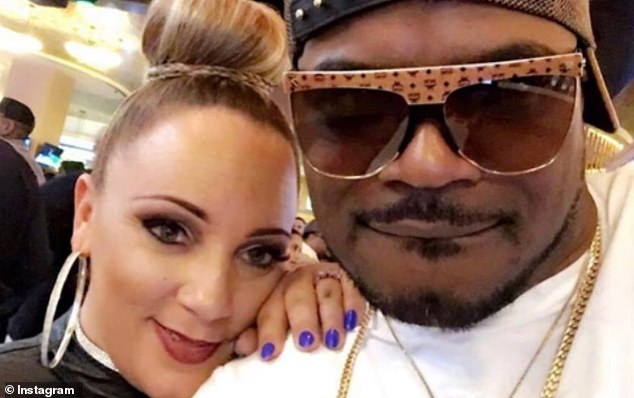 Petrone-Codrington (left) also cheated the US Treasury out of $6.4million in unpaid taxes 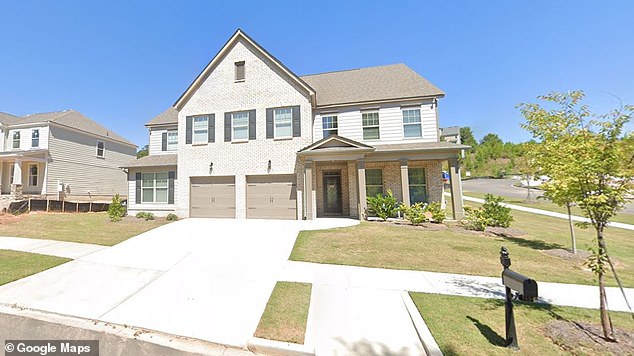 The 42-year-old swindler used some of the stolen money to buy this $580,000 home in Lithia Springs, Georgia 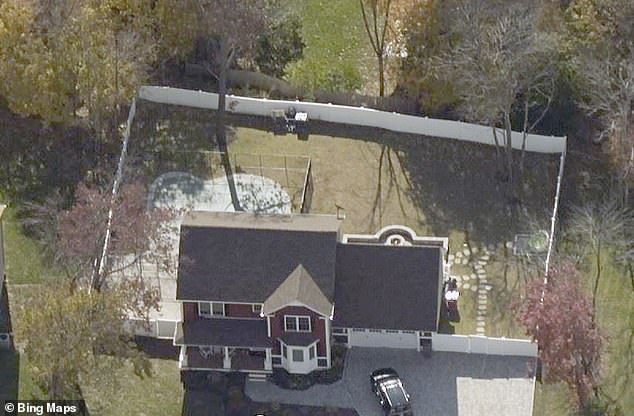 Petrone-Codrington has agreed to sell the three homes she owns and co-owns in Connecticut, including this property in Naugatuck, and use the money to make restitutions 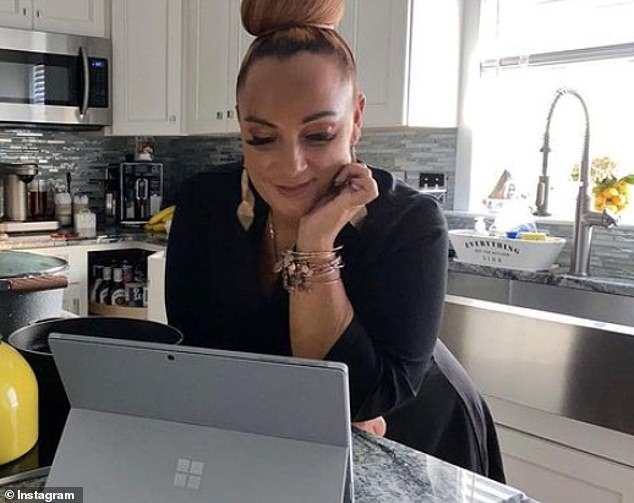 The FBI launched an investigation into Petrone-Codrington in late August 2021 after receiving information from Yale officials, and she was arrested a week later.

As part of the plea agreement, Petrone-Codrington has agreed to forfeit $560,000 that was seized from the Maziv Entertainment’s bank account, along with the six high-end vehicles.

She also has agreed to sell the three homes she owns and co-owns in Naugatuck and Stratford, Connecticut, and use the money to make restitutions to Yale University and the government.

Her home in Lithia Springs, Georgia, is also subject to seizure and liquidation. According to Zillow.com, the five-bedroom, five-bath home has an estimated value of more than $580,000.

Petrone-Codrington is currently free on $1 million bail pending her sentencing.