The internet is getting transformed again, and the leading virtual reality (VR) stocks could offer significant investment returns as Web 3.0 gains wider adoption.

Proponents of Web 3.0 envision a super-intelligent internet that will interact with humans in a way never seen before. Apart from content ownership decentralization, Web 3.0 will host virtual three-dimensional (3D) interactive spaces (called metaverses) where humans can work, play, and also own the content thereof.

Virtual reality, one of the key pillars of Web 3.0’s metaverses, has seen years of investment thanks to earlier advances in the gaming industry.

However, while the gaming industry pioneered VR headsets, companies are heavily investing in interactive 3D workspaces on the web for professional work and general public usage, and social interactions. Web 3.0 is fast becoming a reality.

That said, for our investment case, I will merge VR stocks with their augmented reality (AR) counterparts. Augmented reality turns the physical world into a more colorful tech-enhanced digital one by adding to the user’s real-life experience. Virtual reality adds further complexity by inventing a purely digital space that has no real-world aspects to it. To a general Web 3.0 user, AR and VR spaces may seem to provide the same utility. Thus combining both VR and AR in an investment program could broaden the opportunity basket for a Web 3.0 play.

Below is my list of seven companies that have made significant strides in the virtual reality and augmented reality space and stand at the forefront of making Web 3.0 a reality for all of us.

Investors will find big tech names, some beaten-down VR plays that are ready to rebound, and some little-known small-cap stocks that could have massive upside all represented on the list.

Before we go on a deep dive, here’s the list of virtual reality stocks.

The company “promises” up to 90% increases in efficiency, 40% reduction in travel, and 14% decreases in construction costs to its enterprise customers buying the HoloLens 2 and its enterprise-ready applications. Actually, Microsoft’s VR device earned it a $22 billion contract with the U.S. Army in 2021.

What’s more interesting in Microsoft’s Metaverse or Web 3.0 offerings is the recently announced VR-enhanced Microsoft Mesh for its remote working and collaboration platform Teams.  The tool is marketed as a gateway to the metaverse and would make online meetings “more personal, engaging and fun.”

Mesh for Teams will be accessible by everyone from standard smartphones, laptops, and mixed-reality headsets.

That said, Mesh, HoloLens 2, and any other of Microsoft’s recent metaverse or Web 3.0 offerings may not move the needle much given MSFT stock’s $2.25 trillion valuation. 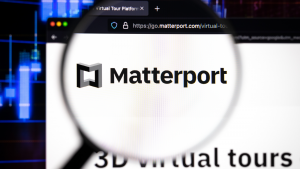 Matterport is a tech company right at the forefront in turning the real world into a digital space, and I mean that literally. The company has developed patented software that allows even ordinary iPhone and Android cellphone users, to create 3D replicas of any room or space – pure digital twins of the real world.

The real estate industry has been the first massive adopter of Matterport’s metaverse offering. Structural designs and sales demonstrations on Matterport’s platform, and users can operate, promote, and study any spaces, all in the company’s immersive digital space.

In an earlier piece, I wrote that “…the company is going through a high-risk phase while investing heavily in its capacity. Shares may trade sideways as weak hands bailout. If management’s latest aggressive efforts pay off, patient investors could reap sizeable returns.”

I’m of the same mind still. 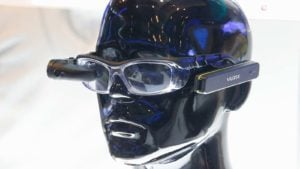 Vuzix is a supplier of Smart-Glasses and Augmented Reality technologies and products for the consumer and enterprise markets.

Among its enterprise offerings is a Vuzix Remote Assist which allows corporate workers in the field to remote support experts, eliminating the need for travel. Other products include personal displays and wearable computing devices offering users a portable high-quality viewing experience. Vuzix is contributing to Web 3.0’s capabilities in a tangible way.

VUZI stock could be a valuable investment should the Web 3.0 craze produce a vibrant ecosystem of interactive virtual worlds. Its patents will be priceless.

VUZI is still a very small VR stock with a market capitalization of $435 million and annual sales of $13 million after a 13.5% year-over-year (YoY) growth is revenue in 2021. Wall Street analysts project revenue will grow by 35% this year before another 42.4% in 2023. Informed market watchers see growth accelerating significantly in the next two to three years.

Our list of virtual reality stocks bringing Web 3.0 to life wouldn’t be complete without the inclusion of Meta Platforms, the owner of social media platform Facebook, Instagram, and the revolutionary messaging platform WhatsApp.

Meta Platforms’ pledge to invest $10 billion in creating the metaverse was big news in 2021. Its name change from Facebook to Meta Platforms was a bold statement of serious intent to revolutionize the internet and bring Web 3.0 to the masses.

It’s yet to be seen if Meta Platforms can draw billions of users onto a single interactive platform as it did with Facebook and Instagram. However, the company’s VR headset Oculus has taken the lead in the virtual reality race for now. The Oculus Quest 2 commands wide market leadership in 2022 due to its popularity on the leading gaming platform Steam. The Oculus Quest 2 could retail leadership thanks to a price reduction strategy.

Most noteworthy, Meta Platforms’ revenue from its Reality Labs increased by 22.3% YoY to $877 million during the fourth quarter of 2021. However, the segment remains a tiny drop in Meta’s $33,7 billion revenue for the quarter.

Investing in FB stock purely for its VR leadership and Web 3.0 creation prowess today may not allow one to realize the best upside as legacy businesses rule the company’s valuation.

Unity Software has built an advanced software platform for creating interactive, immersive, and real-time 3D content. The company’s primary software offering is one of the main platforms used for 3D video game creation. However the software’s usability includes the architecture and construction sector, animation industry, and design sectors as well.

The company’s offerings have allowed game developers to produce spectacular VR graphics and create an immersive digital space with interactive objects of all shapes, sizes, and textures.

Investors in U stock own a stake in a company that helps people and businesses build unique VR presences in the metaverse. The company could see exponential growth as Web 3.0 use cases go mainstream and millions of users traverse the metaverse.

Following a strong 43.8% growth in Unity Software’s revenue last year, analysts project a further 33% growth in sales in 2022 and another 28% increase in annual revenue in 2023. A five-year earnings growth estimate of 69.4% is very encouraging on U stock. Its future valuation and the current average analyst price target of $161 implies 66% potential upside over the next twelve months.

The Sony Group commanded early leadership in the VR race for a good number of years – until losing to Meta’s Oculus in 2021. Sony originally sold its VR headsets users to its popular gaming platform, the PlayStation.

The first game to use the new headset is “Horizon Call of the Mountain” which was developed by Guerilla Games, a Sony subsidiary.

Most noteworthy, Sony has worked on VR technology since the 1990s. The company is expanding its VR technology into other fields now, and this is a big deal. The company could launch a new VR product usable in the medical, industrial, and professional fields any time from now. 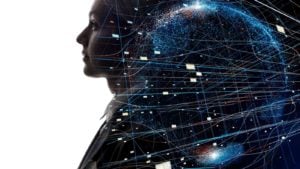 A big win for WIMI in 2022 was the approval by the Federal Communications Commission (FCC) for its HoloAR lens to be sold in the U.S. consumer market. Wimi’s HoloAR Lens is a head-mounted display.

WIMI saw triple-digit revenue growth rates beyond 200% YoY during the first half of 2021. However, the company provides bi-annual earnings results. Investors last received an update in September 2021 covering the first half 2021 results to June 30, 2021. Until now, only management knows how the business has fared over the last eight months.

That said, shares are on a rally as investors warm up to Chinese stocks in March. WIMI stock could skyrocket if new financial results impress the market.

On the date of publication, Brian Paradza did not have (either directly or indirectly) any positions in the securities mentioned in this article. The opinions expressed in this article are those of the writer, subject to the InvestorPlace.com Publishing Guidelines.